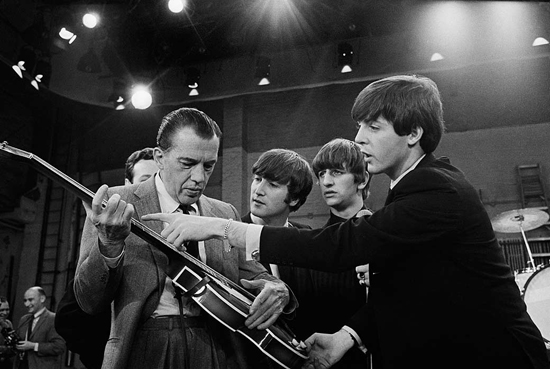 The other day I was thinking about what I would do if I had a time machine. Would I travel back in time? Or would I travel forward? Or would I travel sideways? I don’t even know! But then I got to thinking: what if I could go back and be at some awesome and/or strange events in the world of music? Which events would I choose to visit? And that is the question that got me started on this list. It’s not a Top 10 List. Or even a Top 20. I’m just going to start running through some events that come to mind…mainly ones where I can find a picture to share. I’m going to try to update this list on a monthly basis. Feel free to share in the comments. I’m sure you all can think of some great moments to go back and visit (if/when possible). (Note: I’m sure I’m going to leave out a lot of amazingly-important events in the history of music. And I’m probably going to leave out your favorite musicians and bands. Sorry about that. It’s just the nature of lists. Feel free to comment with your own would-be entries for this ongoing list. Thanks!)