This subject has been discussed many times in many places, so what do I do for my first column? I tackle a worn out subject with what I hope is a unique perspective. First, I will tell you that I have owned many vintage Fenders and Gibson’s over the years. I still own the vintage Gibson’s and do not own any more vintage Fenders (I guess that gives a preview of my take on Vintage Fender vs. Vintage Gibson). So let’s get started!!!

Collectors note: This commentary does not address the investment aspect of vintage guitars, we all know by now that if it is an original vintage guitar, bought at a fair market price, it is basically a no-brainer. An A rated guitar like a 50’s Les Paul or a Pre-CBS Fender will increase in value at a 5% to 10% rate yearly. Where I find the excitement is in the C rated guitars and even certain reissue Gibson’s they are sometimes a real neat investment. Check out what has increased below the radar in the past and buy accordingly. 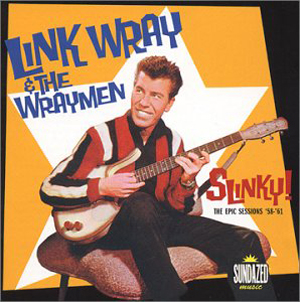 If my opinions here are controversial, that’s okay. I am the guy that said Link Wray was a more important guitar player than Joe Satriani (sorry paisano).

To my ears, a vintage Gibson does sound different and in most cases better than the reissues. One of my contentions is that the more complicated construction of the Gibson as opposed to the Fender makes the aging aspect a big factor. For years I have heard guitar players all over the globe speak about giving a Martin guitar a chance to “break in”. I believe that this is true on all guitars, not just acoustics (I know some guitar players who are still waiting for their 70’s J-200’s to “break in”).

Some of you that might be thinking “okay, but if my reissue guitar ages it will sound the same”. ..maybe. The quality of materials and workmanship has a big factor here so the best I can say is, we’ll see. I believe that vintage Gibson’s (pre 1972) sound more “woody” with a bit more high mid’s, they also seem to be a bit more touch responsive. I would say IMHO that this is material and workmanship mostly and a bit less leaning on electronics. As a sidebar I think that the black sticker patent pickups give the PAF’s a run for their money as far as overall sound (not characteristics). Every pickup era has its own characteristics these should factor into your choice when you evaluate their place in your sound.

Many of the reissue and Historic Gibson’s are as far from being “historic” as you can get, period. The sound is okay and they look fine but in the sound department they cannot cut it as far as I can see but, there are exceptions. I was amazed at my ability to cop the Bloomfield “Super Session” tone playing a 2001 58 Authentic Flametop Reissue through a blackface Twin. They certainly got that one right for sure.

In conclusion I would say that vintage Gibson’s do sound better then the reissues across the board especially the semi-hollow and hollow bodies. Please A/B these guitars yourself and remember take no ones word as gospel unless you have done the comparisons yourself. 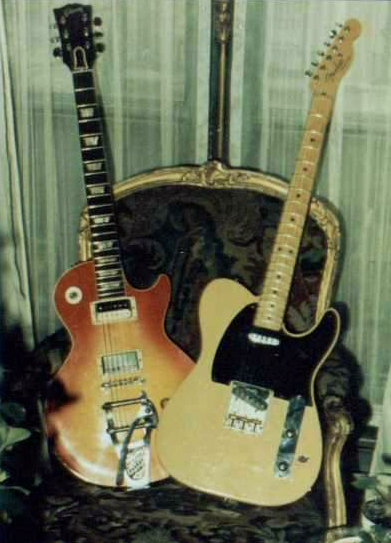 What a feeling it is to hold a vintage Fender in your hands and play one, it’s like having dinner with Ann Margaret, circa 1967. The mojo factor in these guitars is unreal, maybe it’s the whole California mystique, I dunno. But lets face it, it’s a basically a piece of maple screwed onto a slab of ash. The simplicity of its construction and design are what make them IMHO “the guitars”. If I had to have one guitar for the rest of my life it would be a Telecaster, no doubt!!! You can play anything on that guitar, blues, country, rock, surf, and even a credible jazz sound with a Tele. My testing in these guitars is a lot more extensive as Fenders are my primary axes.

The aging factor is still a very important factor when it comes to sound, but I believe that the bare bones construction of Fenders make this not as crucial as the Gibby’s. Pickups are a factor but also remember that the gradual unwinding of the pickups initially make the guitar sound “funkier” but in time make the pickups microphonic. Here’s another tidbit for you – microphonic is not always bad. I was told by a longtime Ovation employee that Glen Campbell preferred microphonic pickups on his Ovation electrics as they were more responsive. I agree!!!.

Playability wise I think the reissue Fenders play better, I cannot say that the fretwork on a reissue Fender is as good as the originals because that is on a guitar by guitar basis. I have actually over the years played real “closet classics” and guess what the low E string still buzzed from the first five frets. Here’s another controversial statement for you – if you like buzz free low action and that’s your primary goal – play a Gibson!

My curiosity has made me swap vintage Fender pickups into reissue Fenders (with pre-existing quality pickups) and they did change the sound, but not better or worse just different. Again it’s all what you see as part of your sound. It’s all about your sound!!!

In conclusion I believe that sound and playability wise the reissue Fenders are the way to go, not necessarily the high end ones either (sorry boys!). It is on a guitar by guitar basis – a good Fender is a good Fender – the matching of the necks and bodies as far as fit, density and balance are the real telling factors. See you next month with some amp talk.