As a person who has worked in the music retail industry for more than 20 years, I can’t tell you how many times I’ve heard about how a quality manufacture was acquired by a larger corporation and imploded from bad “business” decisions, ruining the brand in the process. While not the rule, it happens more often than not in most every industry.

So imagine you work for a family-owned company that distributes music equipment. One day, you are looking through some of the old family catalogs and discover that a very cool, unique brand, which has been out of production for years, has a trademark that has expired and is just sitting there for the taking. What would you do? 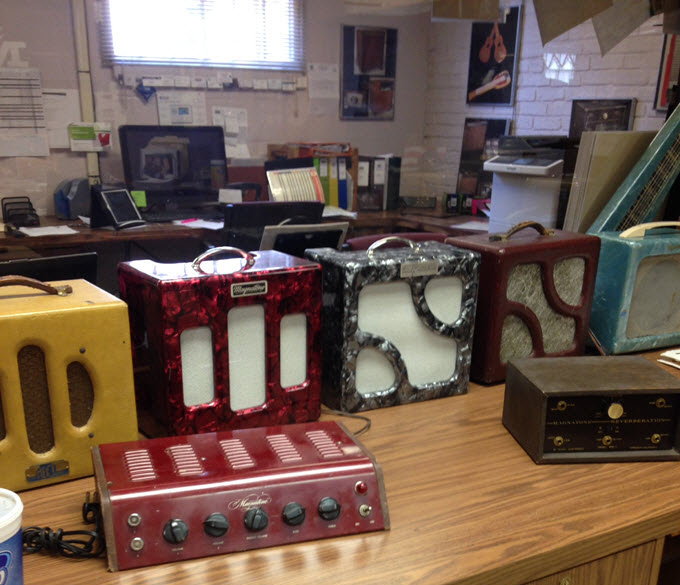 Ted Kornblum’s grandfather founded St. Louis Music Supply Co. in 1922. Among the many brands that SLM has distributed are Ampeg, Crate, Alvarez, and Knilling. Also on the company’s distribution list: Magnatone.

Magnatone was started in 1946 by Art Duhamell, who purchased the Dickerson Musical Instrument Manufacturing Company. Dickerson was a small, Southern California builder who produced lap steels and amplifiers. Duhamell changed the name to Magnatone a division of his Magna Electronics Company in Los Angeles. Magna also produced record players, speakers, radios and organs as well as amplifiers under brands such as ToneMaster, DaVinci, Pac-Amp, and Estey. The Estey organ’s vibrato circuit was integral in the birth of the famous Magnatone pitch shifting vibrato feature,(but more on that later). Though Magnatone had a good run of building some of the first, high fidelity, innovative, “boutique” amps to hit the market, the company was plagued by mergers and buy outs, poor business decisions, and bad investments. In the end, Magnatone was no more by the end of the 1960’s. 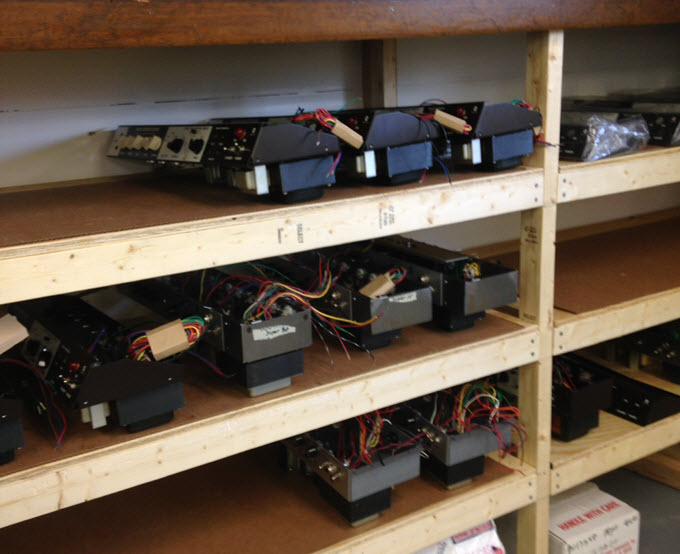 Fast forward to the early 2000’s, Ted is sitting at his desk one day and he discovers that the Magnatone trademark was abandoned — there for the taking! So Ted quietly makes some inquiries and soon finds himself the owner of the Magnatone brand. He doesn’t tell anyone. Not even his buddy, the Rev Billy Gibbons. He just… waits.

After some years the tables turned, and SLM was that company that ended up being acquired by a larger corporation. We won’t get into the details, but Ted Kornblum eventually found himself free to do what he pleased. Maybe start his own company… maybe do something with his secret acquisition, Magnatone.

Now you have to understand, back when Magnatone amps were made, Fender was the utility amp of time, and Ampeg appealed to the jazz market. Magnatone, by contrast, was known as a boutique amplifier, decades before the boutique craze began. Magnatone amps were not cheap. They had great fidelity, reverb and that famous, pitch shifting stereo vibrato. Fender’s dedicated vibrato channel was actually tremolo, not vibrato, changing the amplitude or volume of the signal, not the pitch. To further muddy the waters, Fender incorrectly labeled its guitars’ vibrato unit a tremolo. 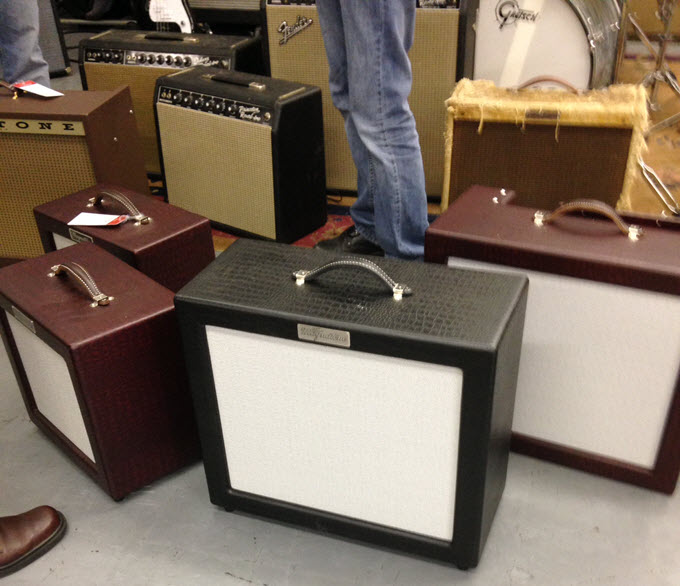 So Ted had been sitting on this brand a while. He had a long time to think about how to revive the Magnatone line. The first step would be putting together a design team that could make the amps a reality. While Magnatone was ahead of its time as far as amp design is concerned, it did have its flaws. For one, the amps were fragile, not up to par to today’s rigorous standards. They also had limited power output — not conducive to today’s rock ‘n roll needs. So the new Magnatones would have to have a balance of both worlds. That luscious, true pitch shifting vibrato, tremolo (yes that FM-AM switch allows for either effect) and a deep, well-like reverb — but with more under the hood, some rock ‘n roll torque for the heavy hitters!

To put this plan in motion, Ted had an ace in his pocket… a guy right here in St. Louis who was responsible for designing practically all things tube that came out of SLM, including the revered Crate Vintage Club series amps. Obeid Khan is not just an engineer with a soldering gun, he’s a player…a serious player! Ask anyone in town, they’ll tell you, Obeid Khan is a monster when it comes to amps and blistering guitar. Khan, splitting time between his own company, Reason amps, and a position repairing vintage tube amps for local vintage gear gurus, Killer Vintage, decided he was up to the challenge of working on the foundation and design on the new Magnatone amps.

Ted and Obeid enlisted a team of engineers including Ken Matthews, Greg Geerling, Dan Ryterski, Chris Villani, George McKale, and the famous Neil Young tech, Larry Cragg to make the Magnatone line a reality. Another ace in the hole was having local cabinet builder and owner of Vintage-Amp Restoration, Gregg Hopkins, involved in the design of the amps, making sure to pay homage aesthetically to Magnatone’s retro look. 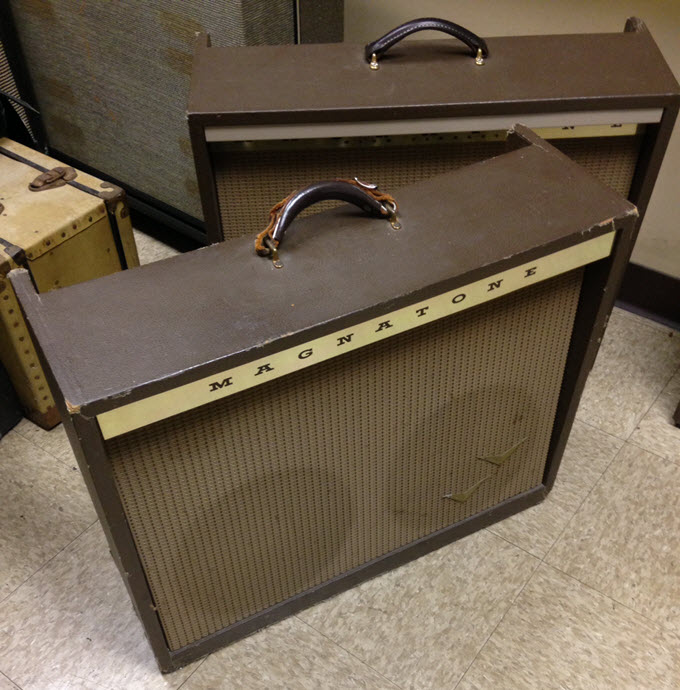 So with an all-star team of engineers and the discriminating ears of players like Billy Gibbons, Khan, and Larry Cragg, the team began to prototype the first models of the new Magnatone amplifier and guitar company. Once the first models began rolling off the bench, the decision was made to bring Dave Hinson, owner of Killer Vintage (June 2012 myrareguitars.com) on as sales manager in order to help with dealer placement.

Next month we’ll take a look at the models and features including the magic of the Magnatone Varistor Vibrato!