Machine heads, tuning pegs, keys, and tuners. Whatever you call them, they’re all there for the same reason: to keep your strings tight and your guitar sounding pretty. Most any tuner can accomplish these two tasks, but just like any other component on the guitar, not all pegs are created equal! 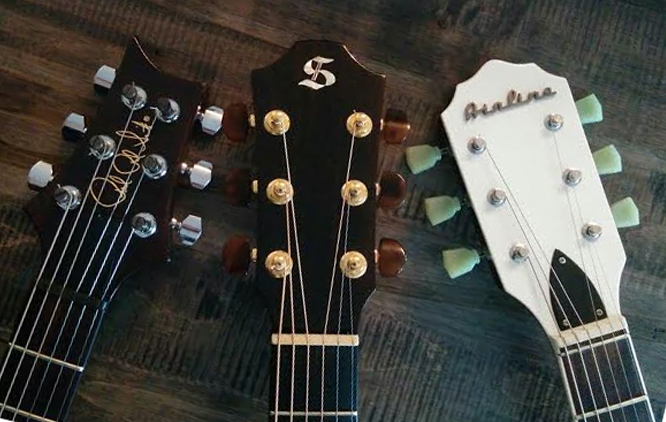 At some point in your guitar-playing life, you’ll likely experience a faulty tuning key and need to replace it. Maybe your current tuners aren’t accurate enough, or seem to weigh your headstock down? Or maybe you just like the look of Kluson “green keys” instead of your Gotoh’s. Whatever the reason, it’s important to have at least somewhat of an understanding of what these things are and how they work before you spend money to replace them.

The first thing you’ll need to look at, of course, are the technical specs of the tuners you currently have to make sure you don’t cause yourself too much grief installing the next ones. The best case scenario would be you finding a set that will slip seamlessly into the peg-holes of your guitar without any modification. The next best would be the required installation of “adapter bushings”, which are basically just different thicknesses of metal used to, well, adapt to variations in diameter. 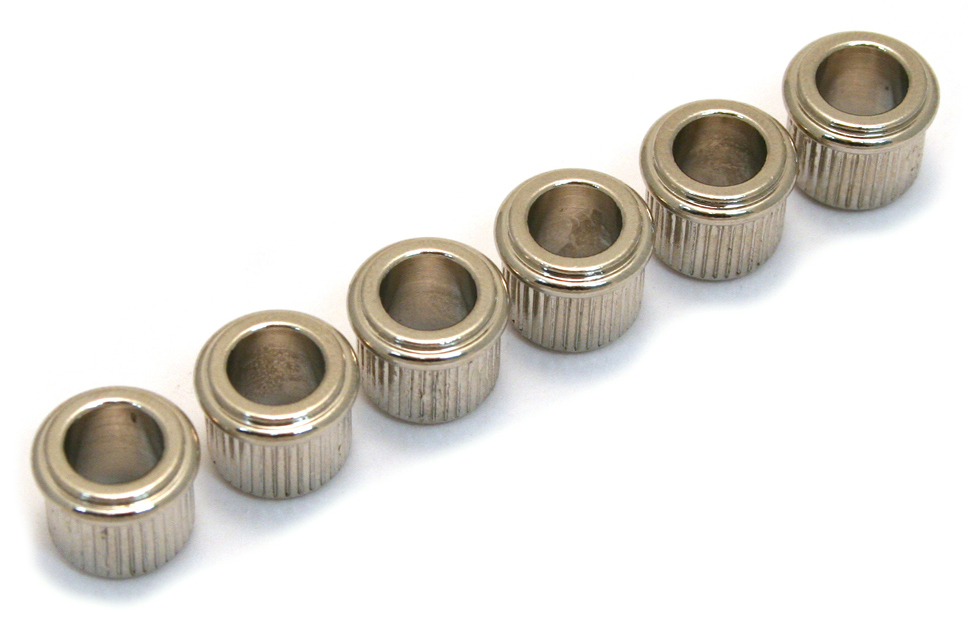 The last thing you want to end up doing is widen the peg holes. Sure, it might work – but if you’re doing this to a valuable guitar, you don’t want to be doing anything that is changing it from its original condition.
Most machine heads will show in-depth measurements of all of their components so there are no surprises when it comes time to install. A good example would be here on Stewmac’s site that shows basically everything you’d need to know as far as sizing goes.

Aside from the physical-size measurements of the peg, one of the first specs you’ll always see is a rat 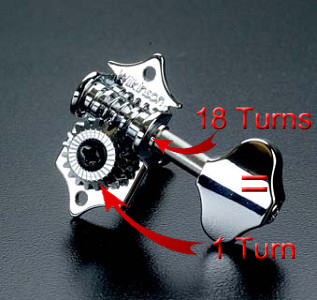 io such as “14:1”. This has nothing to do with the installation of the part, but rather its functionality. Now, let’s not forget the ultimate reason these things exist… to keep your guitar in tune! If you were having trouble tuning, or your tuner seemed to constantly “skip” over notes or pitches, this ratio is something you want to pay close attention to. Essentially, the higher the number, the finer the tuning you are able to do. The first number is the number of full turns it takes you to turn the peg before the inner gear completes one full cycle. Therefore, if you had something that was 1:1, you can imagine how hard it would be to zero in on any given pitch. If you feel like you want something that’s a little more precise, try to find a higher ratio tuning key. I’d recommend something 16:1 or higher.

A further method of helping keep your guitar in tune would be to invest in a set of locking tuners. They basically do what the name suggests – lock your strings in place. They help prevent string slippage without the string having to be wrapped around the peg-shaft “X” number of times, which makes for an easier re-string. At the end of the day, a string is going to go out of tune because something moved somewhere. Locking things in place is a good way of preventing that! 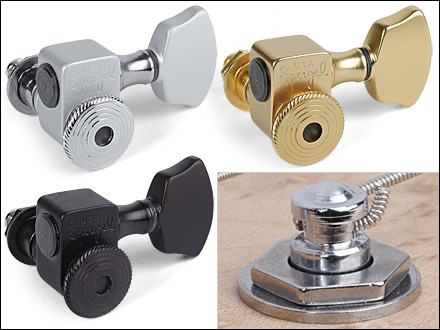 If you’ve ever held a really old guitar in your hands and tried to tune it, you may have seen plastic tuning pegs literally fall apart in your hands. Over time, and from lots of use, the plastic can come loose from the metal. At first this can cause tuning problems as it doesn’t properly grasp the mechanism when you turn it, and later, the piece can crumble and break. You can find high-quality keys made with plastic that will last longer than others, but if you really want something that will stand the test of time, metal is your best bet. 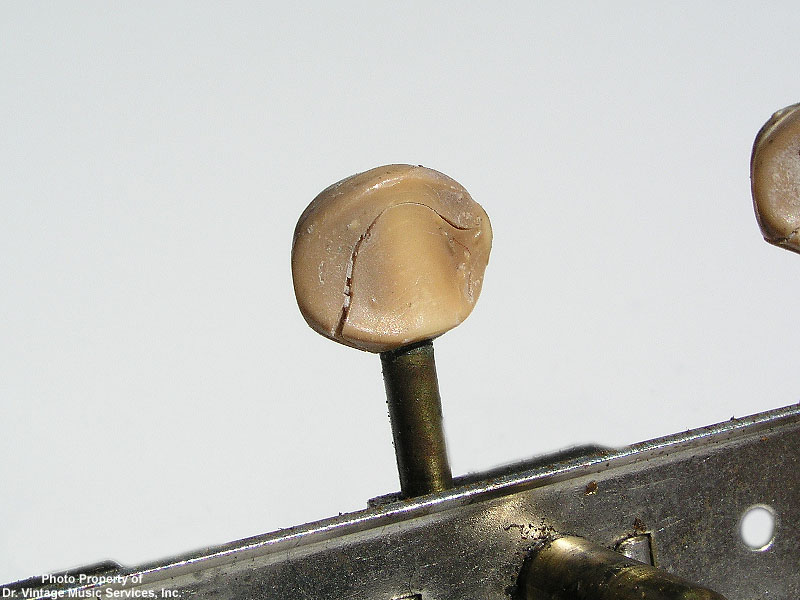 The last thing you might want to ask yourself when considering a new set of pegs is “will this change affect my tone?” You’ll get a different answer for this depending on who you ask.
First of all, of course a better set of pegs will be less prone to rattle, fall out of tune or break which are all things that I think we can all agree makes your guitar sound better. The only other thing that can really be argued for having an affect on your tone here would be the weight of the pegs. Different players and luthiers could argue for days over which is better – a heavier headstock or lighter. Some would say the heaviness would take away from the vibration of the neck, while others would say it adds sustain. Some would argue that it really doesn’t matter. One thing that we can be sure of, however, is that a heavier/lighter set of pegs might change how you play. A guitar that is heavier or lighter at the headstock will have a different balance, and will feel different in your hands and around your shoulders. Probably not by much, but it doesn’t take much for a guitar to feel different, and consequently make you play different. My advice would be to go with a set that doesn’t change the balance of your guitar too much.
Remember, the majority of your tone comes from your fingertips, which comes from you, which comes from your current state of mind, which can be affected by how comfortable or uncomfortable an instrument is in your hands!