Every guitar player can agree upon one thing: we always want to sound good. In the world of the electric guitar, it’s a widely accepted fact that in order to achieve “good”, we need to play loud!

Perhaps you’re not the person who has a soundproofed studio in their basement to record your hottest new guitar solo idea at ungodly levels. Maybe you don’t have a giant rehearsal space in your living room to host jam parties until four in the morning. These are things that any musician can relate to, or can at least say they have had to relate to at some point in their lives!

So if you’re living in a crowded neighborhood or apartment, how can you play your guitar and truly enjoy the sound you’re getting without receiving angry letters from next door?

This is for those of you who just can’t put aside your powerful tube amp. The phrase “sounding good while playing loud” is synonymous with “tube amp” – you really want the tubes to be running hot in order to get their full potential. What a power attenuator does, essentially, is keep the tubes running hot while reducing your overall volume level. The tubes may still be running hot (your amp turned up to a desirable level) but a large portion of the power can be re-routed to the attenuator instead of all of it going to the speaker.

That said, you are still sucking power from the amp. If you’re driving the attenuator at too high a level, you’ll likely end up sucking out some of that tone that you’re trying to preserve. If this is the route you must go, invest in a good quality attenuator. The Rivera Rock Crusher or the THD Hotplate are each strong examples of a good place to start. 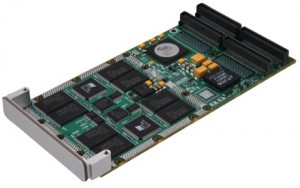 As time progresses, technology gets better and better. While it still hasn’t captured the sound and feel of a real, loud tube amp (in my opinion), a good quality solid state amp can sound far better than many tube amps when comparing “bedroom” levels. In addition, many solid state amps today come with a plethora of onboard effects you can explore without breaking your bank. Here’s a couple examples of good solid state amps to check out:
Roland Cube 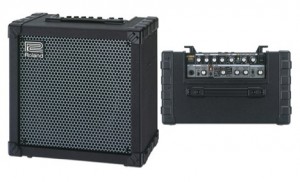 I love the Roland Cubes! They have an excellent clean tone, and a few different levels of crunch that go all the way up to “R-Fier Stack”, which by name seems to be a mesa boogie simulator. While extreme levels of saturation are rarely pristine sounding on solid state practice amps, I really like the “tweed” and “classic stack” settings on this one. Dial in a little reverb and slap-back delay (which you can have both of directly from the amp) and you’ll have a sweet bluesy tone from a small, quiet amp. Some of the upgraded versions feature an onboard tuner, and loop recorder as well. 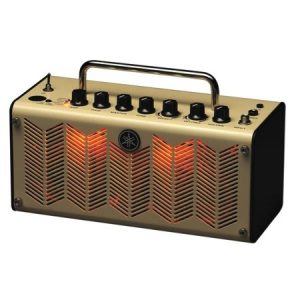 Like the cube, the THR5 has an incredible clean tone and features a bunch of different onboard gain settings and effects. It comes with a tap delay that doubles as a tuner when you hold the button down. The coolest thing about this amp though is the included THR Editor. This is computer software that allows you to go in and edit your amp’s effects and amp simulators at any time. Think of the THR5 as a guitar amp combined with an audio interface – for under $300! Upon loading up the THR editor, you’ll notice a ton of options to choose from and sounds you can create. On top of all this, the amp has a vintage-cool look to it with an orange glow coming through the front grill to make it look like it’s got tubes working hard on the inside.

3) Plug into your Computer 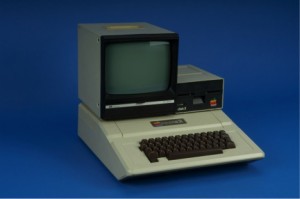 Again, with the advancement of the digital age, more and more of the ways of old are being phased out to make room for that of the new. The theme seems to be “convenience over quality”. While you can get everything you need in one little box, many would argue that you end up sacrificing overall sound quality. With these advancements comes (for some people) the irrelevance of even having a practice amp in their practice room. New products are always coming out that allow you to simulate amp sound and dial in tones that were previously thought unimaginable without actually having the amp at your disposal. A big name that has been taking the market by storm in recent years is known as “Axe-FX” by Fractal Audio Systems.

It is an entirely digital unit that features not only a large bank of remarkable sounding amp emulations, but also endless editing options for these emulations, or basic effects that you wish to change or create yourself. The positive thing about using a system like this is that your limitations are greatly reduced in comparison to using a physical amplifier. That is, the number of parameters you can play with go far beyond the pre-programmed “bass, mid and treble” you get in a stock amplifier. It’s no surprise that many artists are catching on to this way of playing and recording, with the likes of Adrian Belew, Guthrie Govan, Tom Cochrane and Alex Lifeson (to name a few) all singing its praises. 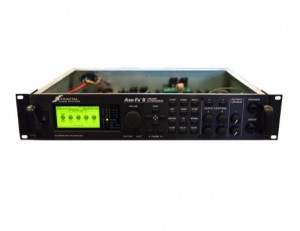 I guess the best advice would have to be: don’t be afraid to leave the comfort zone. We’ve all heard for years that the only way to play and sound good is to go all tube and use a 3,000 dollar guitar. But then, isn’t playing music supposed to be about an individual’s feeling and originality, and maybe not trying to do what everyone else already is? I think it’s great to explore, and realize that quality sounds can come from the “wrong” places; and they can do it without giving you a bad rap amongst your neighbours, too!