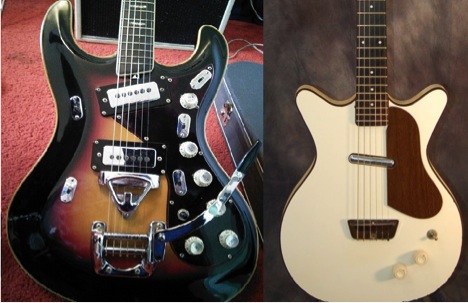 For most guitarists, the go-to electric guitar layout is that of either a two or three pickup model. With either independent volume and tone knobs for each pickup, or a master volume with independent tone controls, these designs seem to have just what the player needs in an instrument. That said, there’s a whole slew of guitar designs beyond the realm of “what’s known and most common”, and you’d be missing out to not give some of them a second look! In this article I’ll be comparing two opposites: the “ol’ trusty bare-bones” one pickup guitar, and the “which-button-turns-on-the-space-ship?” multi-functional guitar. 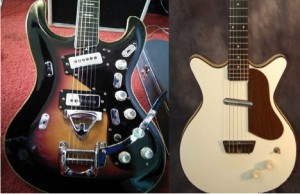 We had to start somewhere. The very first electric guitar was, of course, as simple as it gets: a neck, a small body, one pickup, and one volume control. Over the past eighty-something years, manufacturers have made additions and changes to their guitars to give more options to those who want them. You may think that if two, three, even four pickup guitars with all the bells and whistles are available, why would anyone ever settle for something with just one? Yet, many companies are still making one-pickups, and there’s only one reason for that… people still buy them!

There are definitely some advantages to owning a single pickup guitar, and there are those who argue the “less is more” idea in this regard. Here’s a few things to consider about this design:

Just plug in, and play. There’s no second guessing anything here: you have your one pickup turned on full, and you’re always getting pure guitar tone through the amp. If you enjoy playing a style of music where all you ever need is that shrill, loud, bridge-pickup sound, then why not have a guitar that gives you exactly that? 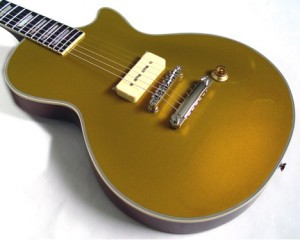 You don’t have the option of switching pickups, rolling off any tone, or pushing / pulling any knobs. Everything you get from your amp is from you. Playing a single pickup guitar forces you to physically play different if you want to sound different. Having a good sense of dynamics is key, and exercising the use of different picking styles can get you a variety of tones you wouldn’t think possible from just one bridge pickup. Mixing these ideas with good use of your volume knob can easily turn a single pickup guitar into a multi-functional beast. 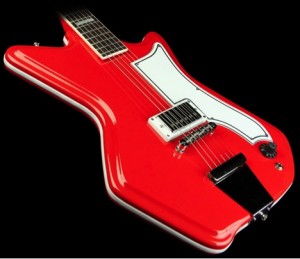 There’s a few arguments out there that suggest what’s going on inside a single pickup guitar, or rather, what’s not going on, can ultimately affect its tone. It is a fact that the magnetic field used by pickups to amplify your strings also has a small amount of “pull” on them. I’ve had players come up to me with a complaint that their guitar has a weird out of tune, double note effect when fretting notes all the way up the fret board. The simple fix is to lower the pickups – they were pulling too hard, interrupting the string’s vibrations. So, with only one pickup, perhaps it can be assumed that less force pulling the strings allows it to vibrate better, and longer. That translates to more sustain, which is always a sought after quality in a guitar. 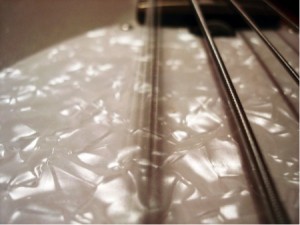 If your single pickup guitar’s electronics start having problems, it won’t take long to fix it. When you open it up, you’ll see that there’s virtually nothing to it. One pickup, one volume control, and one input. That’s it. It will take no time to identify the culprit, fix it, and get back to playing!

It’s a natural thing to want to move forward, and it’s no different for guitar makers and players. It didn’t take long for the electric guitar to evolve, and have the number of options you can see on some models today. Below I’ll list some of the things that you can find on guitars with “way too many” knobs, and try to dispel some of the confusion surrounding their functions.

This is obviously something you can’t do with a single pickup guitar. Typically, with your toggle switch in the middle position on a 2 pickup guitar, both of your pickups are “on” creating a “blended” sound from both combined. If your guitar has independent volume knobs, you can then increase or decrease one pickup’s volume to further change how your guitar sounds. Better yet, some guitars come with a “blend” knob, which will fully sweep from neck to bridge pickup so you can hear everything in between, and dial in to that tone you’re looking for. 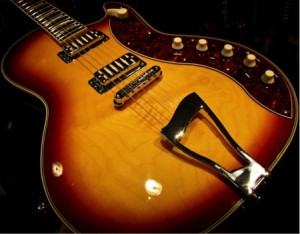 These are two different features that are commonly referred to as the same, or mixed up. While both change how your pickup sounds, each does it in a different way. A coil tap is used on single coil pickups, and works by essentially reducing your pickup’s full output. Think of it this way: your pickup is a magnet with copper wire wound around it thousands of times. When electricity passes through that whole distance of wire, it means you are getting your full output (unless your guitar’s volume is turned down). A coil tap takes the signal from an earlier point in these coils, thus reducing the overall power of the pickup. It will give you a softer, more “chimey” tone that will remind you of the old Fender sound.

A coil split is a function that refers to humbucking pickups. It allows you to cut out one of the two coils in the pickup to leave you with a single pickup sound, which is great if want to have the best of both worlds from one guitar. 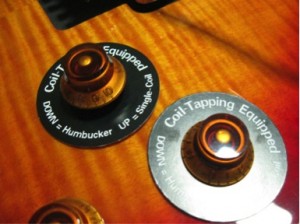 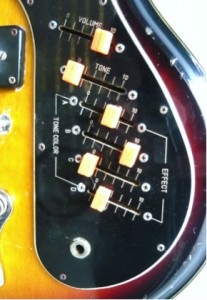 It comes down to the kind of player you are. Do you want one instrument that can handle anything, and are you able to handle everything included on the guitar? Or do you want a guitar that can do one thing really well? Either way, I recommend giving both a try before dismissing them without playing. You might surprise yourself!