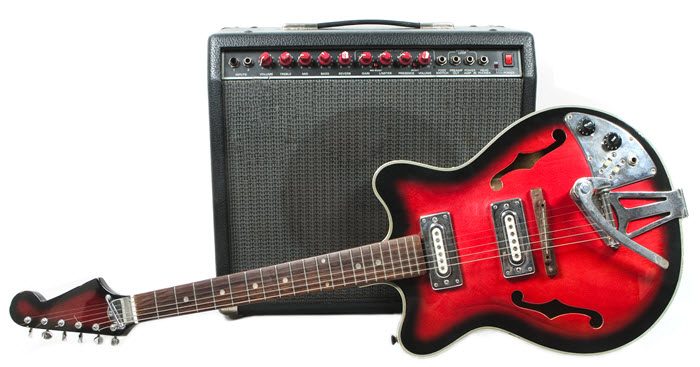 Every guitar player can remember the day they brought home or were given their very first instrument. We can remember the excitement, the mystery, and the intrigue that came with setting the guitar on our lap, cranking the amp up to eleven, and making our parents wish we preferred to play croquet. That is, we remember feeling that way. The trouble is, it’s easy to forget how to feel that way. 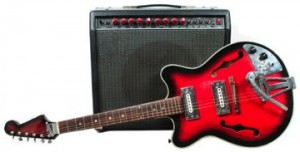 As we age and mature as guitarists, the instrument can become more and more second nature. The mystery and confusion that was once there slips away, and, although replaced with an understanding and love of the instrument, can make us fall into a cycle of repetition and feel as though we’ve “reached our peak”. It’s great to have a thorough understanding when writing or playing music, but sometimes the raw, energetic yet simplistic vibe can only be achieved through exploration of something you may not be totally comfortable with. The cool thing is: if you’ve already mastered the guitar, you’ve given yourself a strong foundation to be able to experiment with a few other stringed instruments that are similar, yet different enough that you will achieve that “fresh” feeling when you pick them up. In this article, I’ll list and explain a few of these you can try out, and hopefully come up with something you didn’t think you were capable of!

Before introducing another instrument, there’s something you can do with a regular six string to mix things up a bit. Experiment with different tunings. 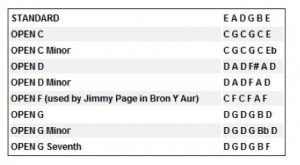 The way the guitar scale is set up, it’s very easy to feel restricted or “stuck” without some serious time spent learning the neck and musical theory. While I do recommend both of these, using an open tuning is a good way to “jump in head first”, if you will. It forces you to forget everything you’ve learned about shapes, and play strictly based on what your ear is telling you. Not to mention, with strings being looser or tighter than they would be in standard tuning, the timbre of your guitar will be slightly different than what you’re used to. The most common places you’ll be able to hear examples of open tunings would be from lap steel and slide guitar players such as Jerry Byrd or Ry Cooder, or acoustic singer-songwriters and finger style players such as Joni Mitchell or Michael Hedges. Try some tunings out, and see what you can come up with!

The first guitar alternative I will list will be the twelve string guitar.

No, this will not change your chord shapes or scales (provided you keep it in standard tuning), but the way a twelve string sounds is enough to make you write and play differently. Just listen to “Hotel California”, “Turn Turn Turn”, or “More than a Feeling”! The iconic fullness and brightness of the guitar tone in these songs is not something that would exist without the use of the twelve string guitar.

Next up is the baritone guitar.

Again, although this time not tuned E to E, you can still fret the same way you would as on a standard 6 string and have the guitar sound good. That’s because a baritone guitar is still tuned with separations of perfect fourths, with one major third separation between the second and third strings just like a guitar. It’s just tuned lower, from B to B. To compensate for the lower tuning, the string gauge is set higher and the neck scale length is set longer. What does this do? It makes for a very chunky, warm, and potentially heavy sounding instrument. That, and it just feels good to fret those thick strings and strum an open E (well, technically open B on the baritone) chord!

Keeping with the theme of using the same layout as the 6 string guitar, up next is the 6 string bass. Some bass guitars add strings to the bass or treble end only, but this particular instrument I’m talking about is 6 strings tuned E to E, just an octave lower than the regular guitar. What this does is give you a familiar instrument with the low end “thump” of a bass guitar. It’s pretty cool to be able to lay down a smooth bass line, and still be able to strum a full chord.

Here’s a tidbit for trivia: the seafoam green Fender guitar that “can’t even be looked at” in the movie “Spinal Tap” is actually one of only two Fender Bass VI’s in this color that exist!

The last instrument I’ll talk about is one that sits further from familiarity than the other’s I’ve listed so far: the tenor guitar. 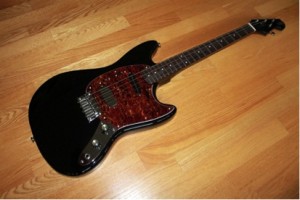 This is a 4 stringed instrument typically tuned in 5ths (C G D A). While still a stringed instrument, the fact that it has 4 strings that are tuned differently than a standard 6 string forces you to play differently. Some shapes that you would do on a guitar will cross over, but they won’t give you the same result. Barring the third and fourth or the first and second strings anywhere on the neck, for example, will give you a perfect fifth power chord. The size of the guitar, tension of strings when tuned to pitch, and location of the notes (open C string on a tenor will have a much different quality of sound than fretting the same C note on a guitar) all amount to a different experience when writing and playing before even considering the different tuning!

All of these instruments, whether they bring a sense of familiarity or confusion, are a great way to expand your horizons and give you a fresh feeling when you play. Don’t get caught in a rut, try something new!