Picture this if you will: you’re playing on stage with your favourite guitar, and it’s almost your turn to steal the limelight. Thousands of screaming fans brace themselves for the part of the song they know all too well… your solo!

You rip into the first bend, and *SNAP* – your heart sinks as your once-tight B string is now a wet noodle flopping around between your fingers. You stumble through the rest of the song, frantically improvising parts that don’t require the use of that string, and when it’s all over you think to yourself “Well, I guess it’s time to put a new string on now.” 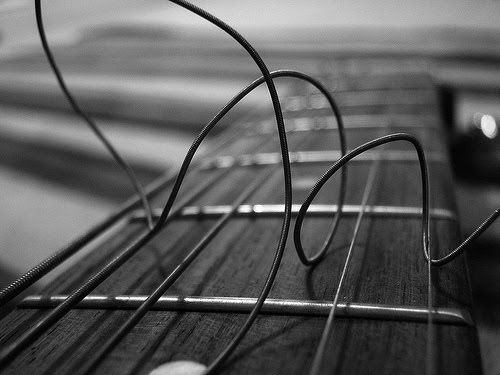 The phrase “if it ain’t broke, don’t fix it” simply does not apply to guitar strings. The notion that you should only change a string if it breaks is completely backwards; even if you’re not planning on playing for thousands of screaming fans any time soon. The reality of guitar strings is that regardless of how fresh or old they are, there is always a chance that they can break. Whether you’re a seasoned pro with a guitar tech changing your strings every night, or a basement player with strings that haven’t been changed in months, a break can happen. With regular re-strings and proper instrument maintenance, however, it is far less likely that a break will occur, and you’ll be more likely to make it through a song with all six strings intact.

Strings can break for many reasons, and one of the biggest culprits for breakage is corrosion. Dead skin, sweat, and dirt build up on the strings over time, causing their metals to break down. The longer you leave the string on, the less stable it is going to become and make it more likely to break. Even if you aren’t regularly playing the instrument, the moisture content in the air will have a similar effect on the strings – it just might take a little longer than if you were playing it. 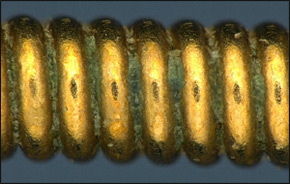 That said, you can’t always blame the string when one breaks. If you’re consistently having issues with strings breaking, it might be a good idea to take a look at the bridge saddles, nut slots, or machine heads. Something could be sharp, or perhaps catching the string in a way it shouldn’t be.

Alright, enough about breaking strings! Preventing a string break is not the only reason for a change. In fact, it’s more of a byproduct of the real reasons.

Just as corrosion can lead to an eventual break, it also causes the string to not function to its full potential. A string covered in grime won’t resonate properly, and will sound dull and lifeless. On top of that, an older string has been under a lot of tension for a longer period of time. This means that it has been stretched more, which can result in more difficulty staying in tune. Changing your strings before they get to the point where they are coated in grime, corroded, or stretched to oblivion will keep them sounding fresh, lustrous, in tune, as well as help prevent them from breaking mid-song.

So then, the question becomes how do you know when a string is passed its expiry and it is time to change it?

For the more experienced player, it turns into a preference thing. Some players like the snappy sound of a brand new string, while others prefer the sound of strings that have been “broken in” a bit; maybe a couple days’ or even a week’s worth of play on them. Obviously not everyone has the luxury of being able to change strings every few days, so as a general rule of thumb I’d recommend aiming for a time period between two weeks and one month. Before you’re able to decide what it is you really like, there are a few things you can consider. 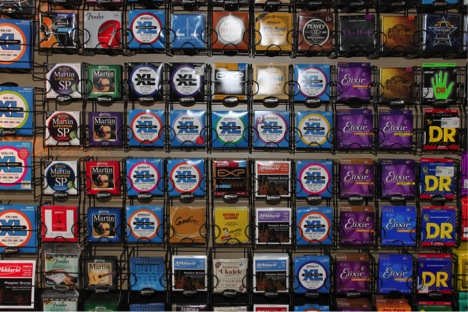 If your strings are looking dull, or even black – and feel rough or sticky, it’s probably time to swap them out.

If your strings don’t sound as clear or present as you remember, and you’re having difficulty keeping your guitar in tune, you may want to change your strings.

If you’ve got a date set, and can’t remember when you changed your strings last, then it’s a safe bet to change them up. Make sure you swap them out at least a few hours before you plan on hitting the stage though – brand new strings have a tendency of falling out of tune as they aren’t yet used to being brought to tension.

Of course, everything costs money. The best thing you can do is learn to properly re-string by yourself, and use a quality brand string. Make sure you use the same gauge strings as you had on your guitar previously, as changing sizes may throw your guitar’s neck out of whack… meaning you’ll need to spend more time or money to get it set-it up right!

That’s it, in a nutshell! As long as you keep these things in mind, you should be able to maintain a great sounding and feeling instrument that will really make you want to pick it up and play!