Guitar, check. Amp, check. Cables, check. Effects, check. You’ve got all the gear necessary to get a great sound on stage. Aside from the guitar player’s skill, why do some sound better than others? 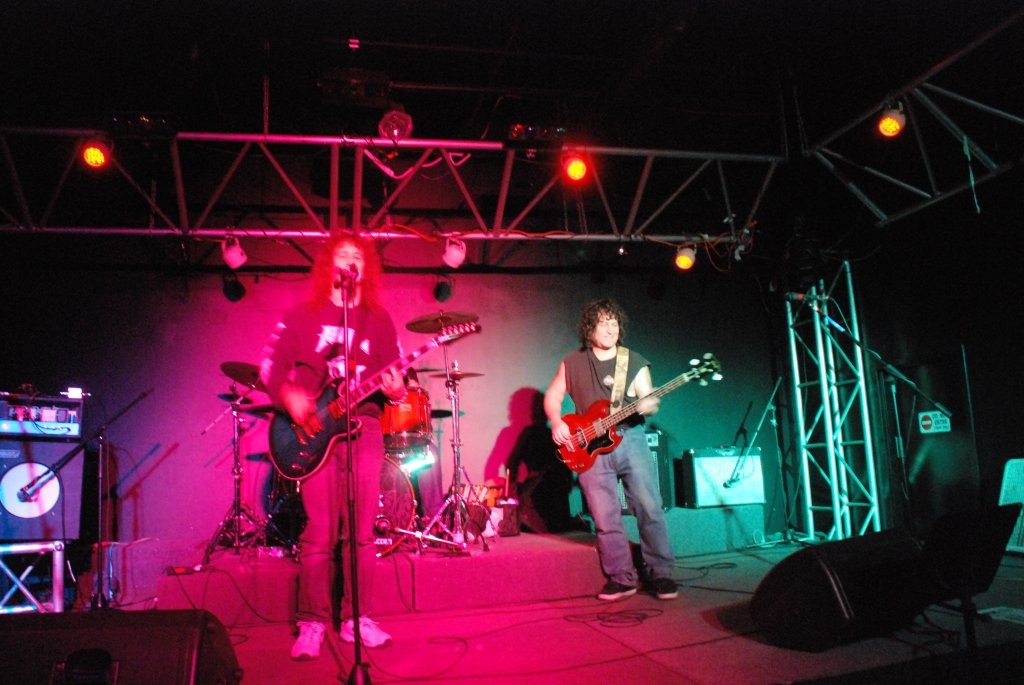 This month we’ll look at a few aspects of getting a good live sound. While this article is mostly aimed at those of us with who have don’t have much or any stage experience, there may be something of interest here for almost anyone.

Last week I had the genuine pleasure of attending a League of Rock ‘dark stage’ rehearsal night at Toronto’s famous Chick’n Deli night club. This was an opportunity for the six bands in the current session to rehearse their three songs on a real stage – and in this case, somewhat unexpectedly, in front of a real audience.

League of Rock is the creation of Terry Moshenberg, a dynamic entrepreneur and experienced marketer and promoter – who also happens to be a guitar playing musician.

Each LOR session, of which there are three per year, some 26 to 30 amateur musicians – ‘regular’ folks, some of whom have never before been in a band let alone performed live – are formed into six ‘bands’ and, over a 12 week period, work up three songs. Each session culminates in a recording date in a pro studio and the final gala gig at a major Toronto live music venue.

So, how did I end up at a LOR gig? Well, Mack Amps is pleased to announce that it is now the official guitar amp sponsor of LOR, Toronto!

Along with meeting a bunch of great people and having a blast, witnessing 18 songs being performed by a diverse group of guitar players who, for the most part, used various Mack amps (2 guys brought their own amps!), was a tremendous live guitar sound learning experience.

Here are some thoughts about what I learned.

The Guitar’s Place In The Stage Mix

I think of live guitar ‘sound’ as being comprised of two concepts: how good is the tone and can it be heard by you and the audience?

Consider what is going on when a typical rock band performs live:

The guitar’s fundamental tones span bass to mid range frequencies and the guitar’s harmonics add energy in the high-mid range.

If you simplify each instrument’s frequency range to be generally characterized by its fundamental tones you can get a fairly realistic picture of what’s happening on stage:

There is a LOT of competition on stage fighting to be heard!

Obviously, guitars are a critical part of a band’s sound and are known for being heard, but how do you obtain that ideal combination of stellar tone that is easily heard by both you and your audience?

EQing guitars in a recording mix is a topic of many books and is well beyond the scope of this article. However, there are a few simple things that any guitarist can do to get good live sound.

Your tone may sound great when you are practicing at home or playing along with recordings. However, it may not translate well to the live stage.

A fairly common characteristic of what I heard the other night is guitar sounds that seemed muffled and lost in the low-mid wash of sound booming from the stage.

In these situations the guitar players usually increased the volume at the amp in an effort to hear themselves, further adding to the general pandemonium going on in the lower half of the audio spectrum.

What to do? Here are two very basic, but critical suggestions:

The term ‘clean headroom’ is often used, but having spoken to many guitarists over the years there is generally some confusion as to what it means.

The practical definition of clean headroom is the volume level at which your guitar signal starts to become distorted. The volume at which your tone just starts to breakup or overdrive is the point of maximum clean headroom. How loud you can get a clean tone depends on many variables such as how hard you pick, pickup output level, amp design and settings, etc.

There are three ways to achieve a clean tone:

Any of the above methods of achieving a loud clean tone is valid. The one you choose depends on your gear, the music you play and whether switching tones within a song is a necessity.

Note that a clean tone will most likely have a better chance of cutting through the stage mix. Generally, the balance of upper and high mids will be greater than an overdriven or distorted tone and your guitar sound will be less compressed allowing your picking and playing dynamics to be heard.

Whoever came up with the phrase “Less is more” must have been referring to distorted electric guitar tone!

You will likely have heard this before, but some of the heaviest electric guitar tones feature relatively little distortion.

For example, Keith Richards, ACDC, Jimi Hendrix, Jimmy Page, Pete Townshend, etc. have recorded some of the heaviest rock guitar sounds ever – and many of these iconic ‘heavy’ tones are really not all that distorted.

I realize that LOTS of great guitar tones feature LOTS of distortion, but to achieve the best stage guitar sound for classic rock and blues music styles, dialing down the distortion is almost always beneficial.

While there are many flavors of distortion – overdrive, fuzz, etc. – I generally think about it related to two needs: rhythm and lead.

If a song requires a distorted rhythm tone, often referred to as ‘crunch’, the ‘less is more’ credo is critical. Richards and the Young brothers are the masters of getting incredibly juicy, resonant and HEAVY crunch tones that are, when you listen closely, amazingly clean relative to their impact.

The distortion required for lead playing is dependent on the song and the player. However, I believe that the ‘right’ amount of distortion for solos is just enough to produce ‘flow’. What’s flow? It’s that musical moment where your tone is distorted and compressed enough and possesses enough sustain that the player can focus on their performance without having to ‘fight’ their way through a solo.

This may sound kind of esoteric, but I am sure you have wrestled with solos where your tone wasn’t quite there – either there wasn’t enough sustain or not enough distorted breakup and compression. Dialing up the distortion to get to that point of ‘flow’ alleviates the problem, but overdoing it will cause your sound to, once again, recede into the stage mix.

I also believe that the amount of distortion needed to obtain flow varies according to the song. Heavy songs with lots of crunch backing the solo requires more distortion; a much less distorted tone is often the perfect fit for obtaining flow with ‘lighter’ songs.

Having said that, I know there are lots of examples of impossibly distorted solos in otherwise clean songs and clean solos in heavy songs – in those cases the contrast is what works. However, I believe that a good rule of thumb is to use just as much distortion as it takes to get you into flow – and no more.

What happens if you use too much distortion on stage?

Your tone won’t fit the song and will negatively impact the quality of your band’s overall sound and its performance. Part of getting a great stage sound is making sure your audience isn’t cringing even if they can hear you LOUD and clear. Since the primary objective of performing live is to provide your audience with an enjoyable experience, this problem should be avoided at all costs!

Worse yet, using too much distortion can overly compress your tone and, depending on how the distorted tone is EQ’d, there can be a dramatic perceived loss in highs and clarity and you end up not blending in with the song and not being heard properly! I suppose that if your tone is negatively affecting the overall performance, not being heard might be a good thing, but I think you get my point.

How do you easily get the right amount of distortion on stage?

So,this is how to best get a distortion sound on stage and still be heard properly:

There are many more aspects of live guitar sound that we haven’t covered. If there is enough interest in this topic I’ll continue next month.

Let me know how you get great live guitar tone by emailing me at Don@MackAmps.com or simply post your reply, below!

13 thoughts on “Getting Great Guitar Sound On Stage”